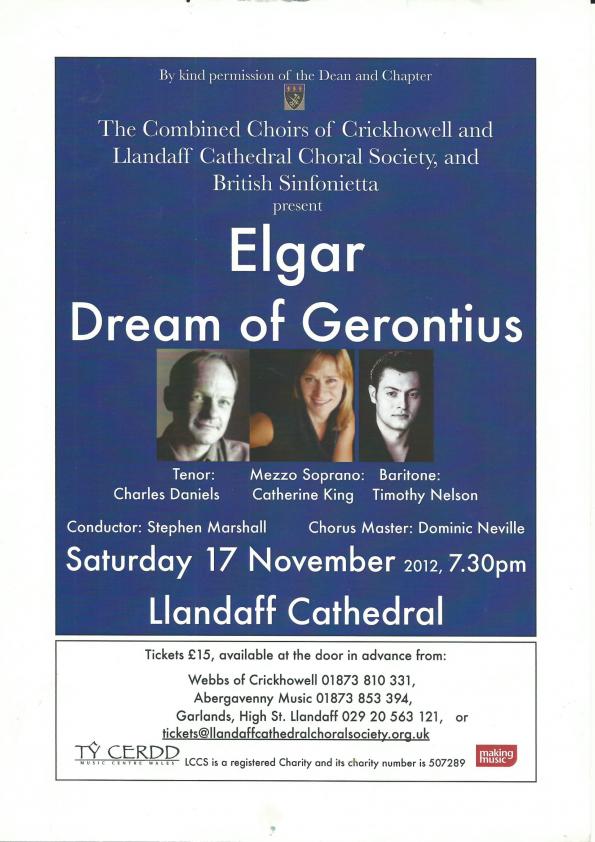 The Combined Choirs of Crickhowell and Llandaff Cathedral Choral Society

This performance of the Verdi Requiem was the first collaboration between LCCS and the Crickhowell Choral Society. Though of much more recent formation than that their Cardiff colleagues, Crickhowell had developed a strong local reputation through performances of works such as Fanshaw’s African Sanctus and Orff’s Carmina Burana and comprised some sixty voices. Crickhowell’s conductor, Stephen Marshall to the baton for the performance.

The programme notes paid tribute to John Cheer, who was retiring as accompanist after 16 years of service to pursue his career as a music therapist. John was to return to support many future Society concerts, however.