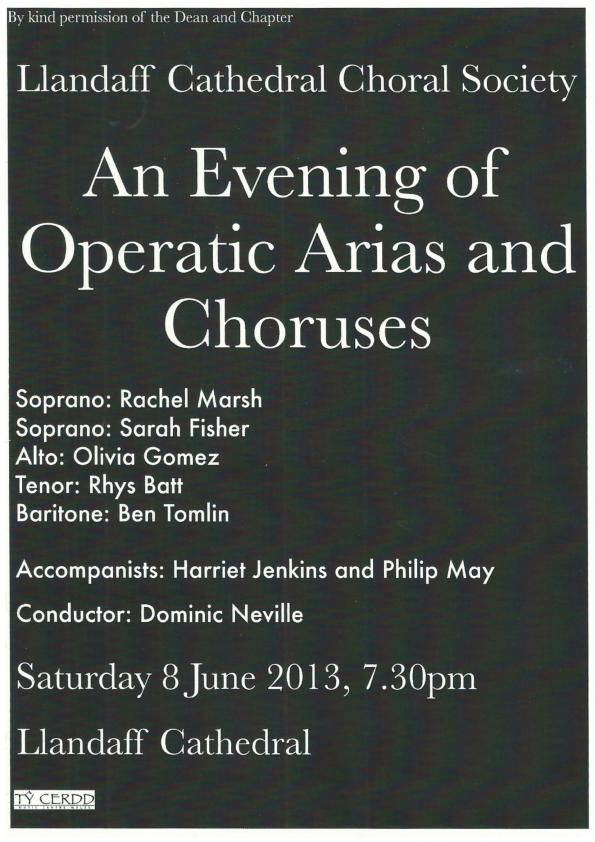 The summer 2013 performance was a somewhat different affair, featuring a collection of operatic arias and choruses  rather than any single major work.

The Society’s own regular accompanists (Harriet Jenkins and Phillip May) played piano.