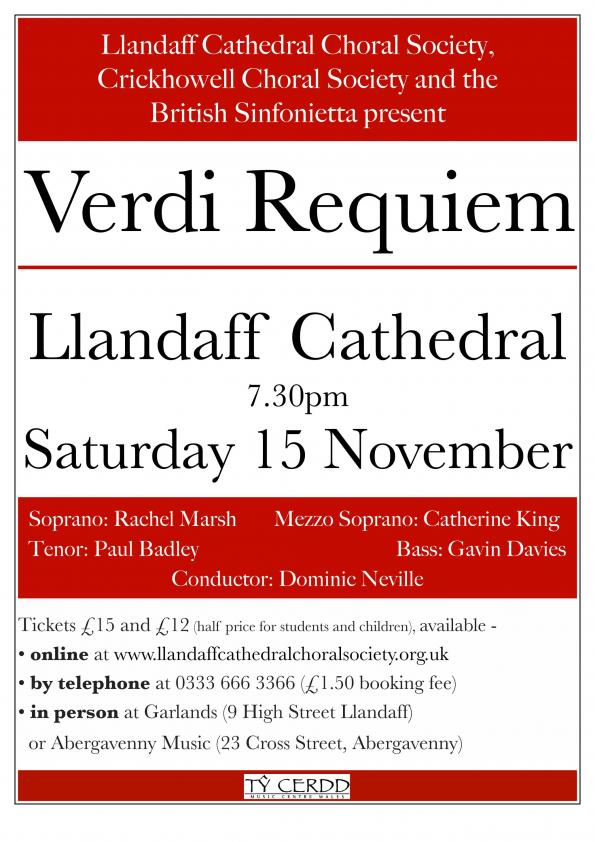 This performance of the Verdi Requiem marked the second collaboration between LCCS and the Crickhowell Choral Society. The respective conductors, Dominic Neville and Stephen Marshall, worked hard to prepare their singers in the months leading up to the concert and the combined choirs gave a thrilling rendition that was greatly appreciated by a near capacity audience on the evening of November 15th. Dominic conducted on this occasion.