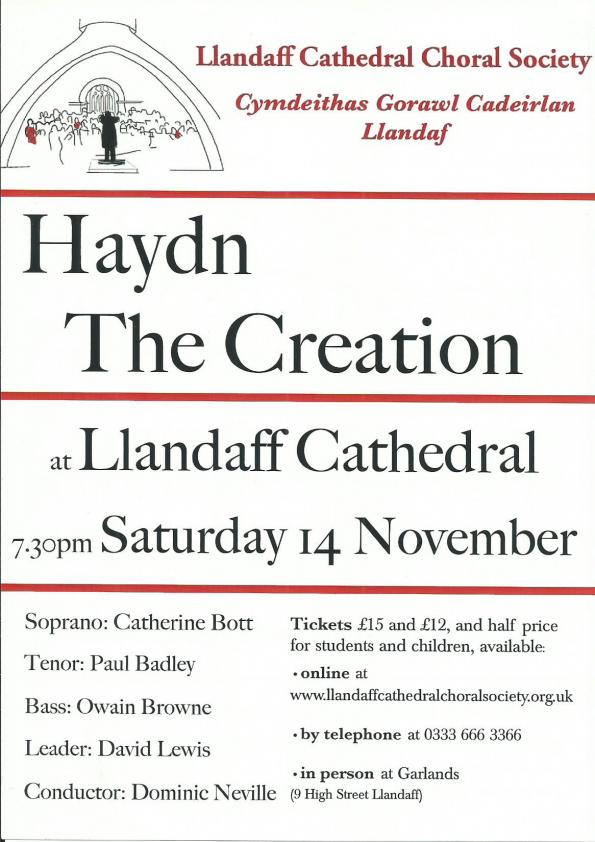 Hadyn’s Creation was first performed in Vienna in April 1798 at a private performance at the Schwarzenberg Palace, though its public premiere was not until the following March, a grand performance that broke all records for ticket sales in Vienna at that time.

The programme for the LCCS performance in 2015 suggested that ‘The Creation is amongst the best-known musical embodiments of Enlightenment ideals, most obviously in its celebration of light, but also as an evocation of a benevolent, rational and well-ordered universe and its essentially positive view of humanity’.