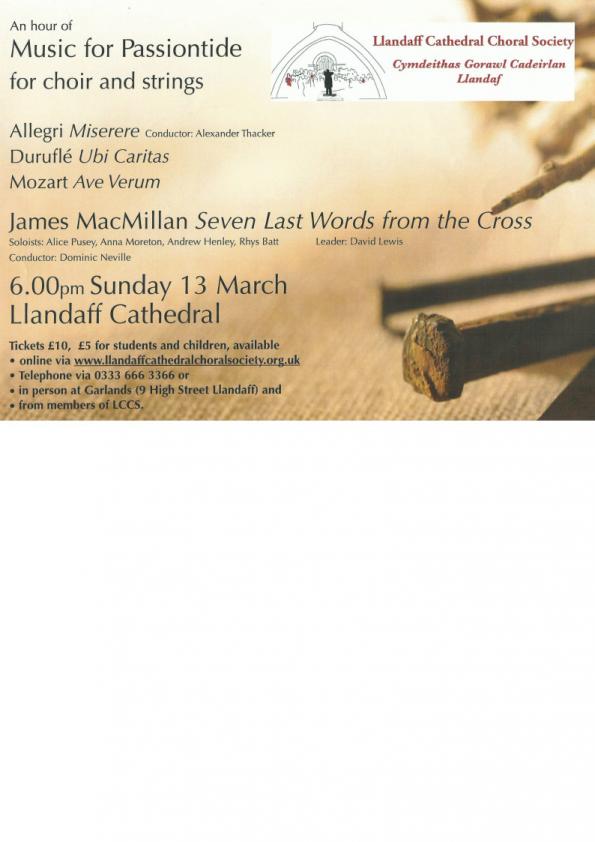 An hour of Music for Passiontide for choir and strings

This concert for Passiontide featured an eclectic mix featuring Sir James MacMillan’s Seven Last Words from the Cross, which was commissioned by the BBC in 1994. It ‘depicts the final seven short sentences Jesus uttered, from the mesmerizing opening cadences to the final disturbing hammer-blows of the nails being driven into Christ’s hands and feet, leaving the listener to wonder at one of the choral masterpieces of our time.’ The programme also included Allegri’s Miserere, Duruflé’s Ubi Caritas, Mozart’s Ave Verum Corpus and the final chorale from Bach’s St.John Passion.

The young soloists were all local in that Alice Pusey, Anna Moreton and Rhys Batt were all studying at Cardiff University, while Andrew Henley was a student at the Royal Welsh College of Music and Drama