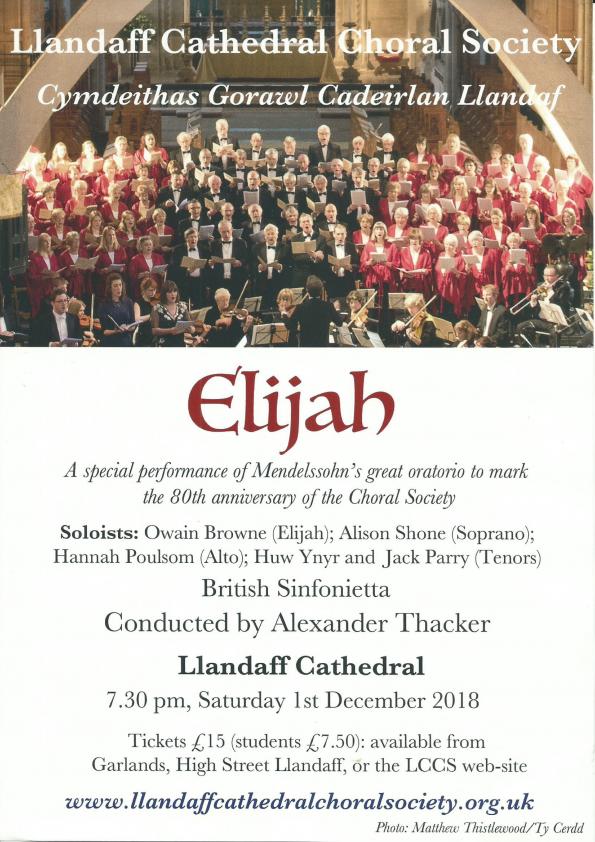 Mendelssohn’s great oratorio Elijah was chosen for the Choral Society’s 80th Anniversary concert in December 2018 and on this occasion given in full. First performed at the Birmingham Music Festival in August 1846, the work was to become one of the great favourites of the Victorian age. To mark this special occasion, it was decided to revert to the composer’s original intention by engaging two tenors of equal status, a practice that pervaded in the 19th century. Owaine Browne therefore sung Elijah and Huw Ynyr Obadiah. They were supported by Alison Shone (soprano), Hannah Bennett (mezzo-soprano) and Jack Parry (tenor). The British Sinfonietta provided the musical accompaniment, and the evening concluded with an ovation from a packed audience- a fitting end to a special occasion.