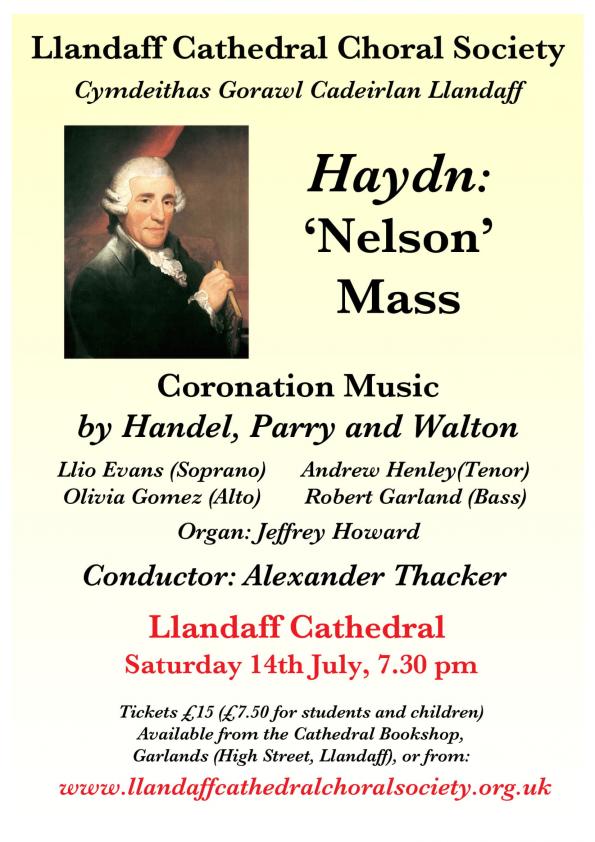 Coronation Music provided the theme for the first half of this summer concert. Handel’s Zadok the Priest, Walton’s Te Deum and Parry’s I was Glad were performed by the Society while accompanist Jeffrey Howard also gave virtuoso renditions of Walton’s Crown Imperial and Elgar’s Nimrod (included on this occasion not for any coronation link, but just because of its solemn beauty).

A number of theories exist as to why this particular Hadyn mass is referred to as the ‘Nelson’, though none is wholly persuasive and it seems unlikely that the composer knew it by this title. Also known as the Missa in Angustiis (Mass for Troubled Times), Hadyn’s principal biographer regarded it as arguably his greatest single composition.