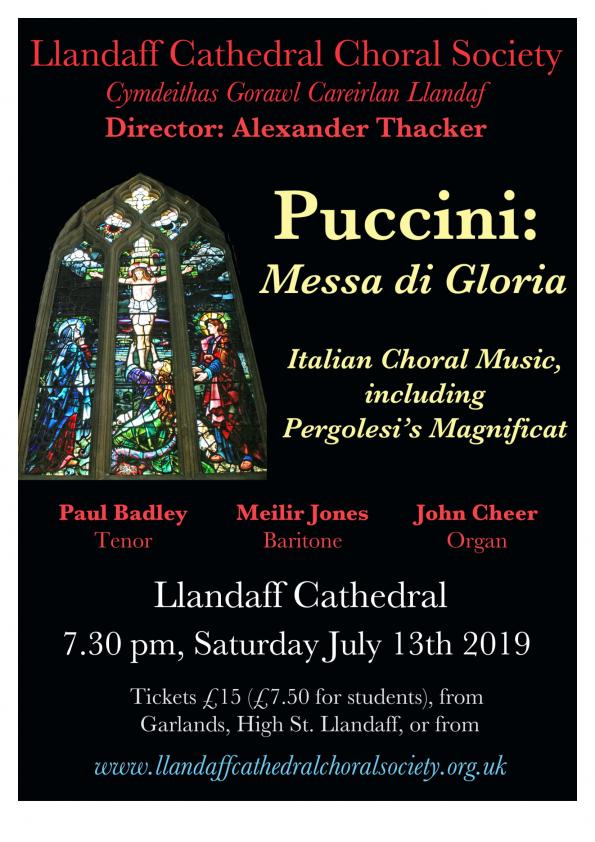 Italian choral music was the theme for the 2019 Summer concert which was dedicated to the memory of Don Jessett, former Deputy Chair of LCCS, who had died earlier in the year. Don had joined the Society in 1961 and had acted as Deputy Chair from 1986-2013, guiding the choir through a period of significant transition in so doing. Members of LCCS had previously sung at Don’s funeral which had also been held in the Cathedral.

The first half of the performance featured a number of scared anthems including Cantate Domino (Monteverdi), Crucifixus a 8 (Lotti) and Exsultate Deo (Palestrina), together with the Magnificat (attrib. Pergolesi). Puccini’s Messa di Gloria then formed the second half. In the latter work, Paul Badley sang tenor and Mellir Jones baritone. John Cheer provided the organ accompaniment.