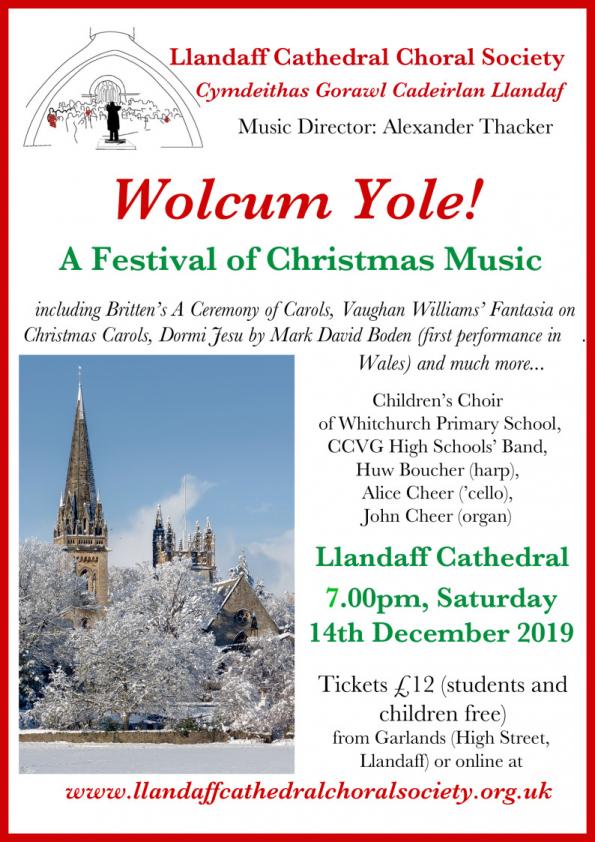 The 2019 Christmas concert featured Benjamin Britten’s A Ceremony of Carols, Vaughan Williams Fantasia on Christmas Carols and the Welsh premiere of Mark Boden’s Dormi Jesu. In addition to the usual congregational carols, there also a repeat performance of Incarnatus Est by our own Ben Heneghan. Alice Cheer, daughter of former LCCS accompanist John, provided the solo ‘cello in the Vaughan Williams, while John himself played organ throughout. Huw Boucher, a former member of the National Youth Orchestra of Great Britain and winner of multiple awards, played the harp superbly in the Britten.

The Cardiff County and Vale of Glamorgan High School Band, conducted by Tom Griffin, played both before and during the concert, and the Children’s Choir of Whitchurch Primary School performed a number of songs on their own as well as Holy Child together with LCCS.