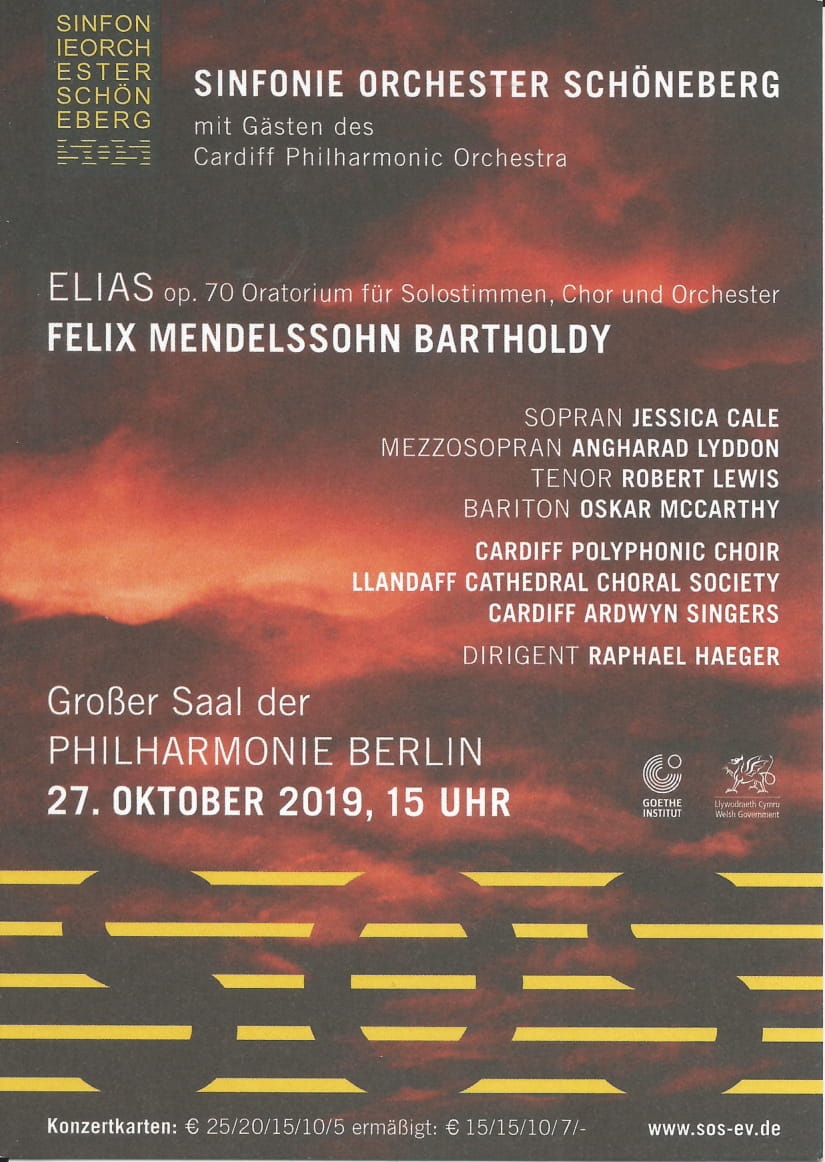 Performing in a venue with a capacity of almost two and a half thousand seemed ambitious, but a virtually full house greeted another memorable performance, one that received a lengthy ovation both at its conclusion and at the end of part I. As an encore, the choirs performed the traditional Welsh hymn, Tydi a Roddiast, once again to a great applause from the appreciative audience.

The following day the choirs were given a reception at the British Embassy and sang a rousing Calon Lan in appreciation.

The collaboration between the three Cardiff choirs and Sinfonie Orchestra Schöneberg produced three fabulous but unique musical events. Hopefully it is one that will be repeated in future years.