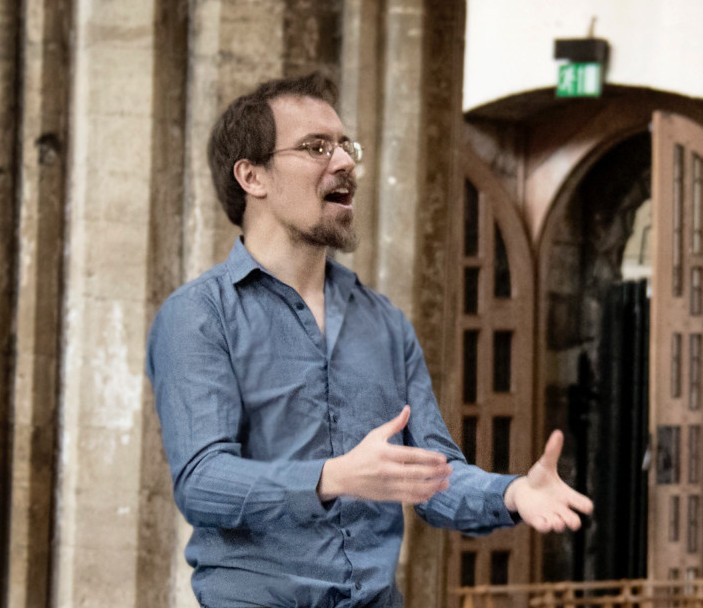 Alexander Thacker was appointed Musical Director of the Llandaff Cathedral Choral Society at the beginning of 2018, having previously worked as Associate Conductor since 2012. Originally from Leicester, he graduated from the Royal Welsh College of Music and Drama (RWCMD) in M.Mus Choral Conducting, having studied under Sarah Tenant-Flowers and Adrian Partington.

In 2011, Alex graduated in Composition at the RWCMD, winning the Mervyn Burtch Composition Prize. His most recent work, ‘Let Earth and Heaven Combine’ was performed in Bath in June by The Handful, to great acclaim. Alex was for eight years Director of Music at the Church of St Andrew and St Teilo in Cathays before taking up the post of Musical Director for Cheltenham Choral Society in September. He is also Musical Director for the Cavatina Singers in Penarth and sings regularly with Llandaff Cathedral Choir and the Cathedral School’s Scholar Cantorum.